Description of the route of Alcúdia

Alcúdia is a city that has had its weight in the history of Mallorca. This is clear thanks to the closed wall which protects the village and is in an excellent state of conservation. At present, Alcúdia and its beach are an important tourist centre. You will start the route at the hermitage of Victòria, located 7 kilometres away from
Alcúdia, in the North-East of the town, on the peninsula that ends in Cap Pinar with the promontory which separates the bay of Alcúdia from the bay of Pollença. The name of the sanctuary was coined in honour of the royal troops victory of Carles V over the Revolta de
les Germanies uprising in 1522.

A big part of the first phase of the route run sthrough mountainous terrain, with a climb upto the Talaia de la Victòria (446 m.) and the subsequent descent down to the Coll Baix (128 m.). From here on, the gradients will be less steep and, upon reaching Alcúdia, it will be worth discovering the town, with its imposing
walls and Roman remains of Pollentia.
The second phase will enable you to discover two natural elements of importance: the bay of Alcúdia, with the Llevant mountain chain in the background, and the Alcúdia lagoon. The latter is a wetland of great environmental importance for its fauna (especially of birds) and flora that resides in it, since it is an stopover area for migratory birds travelling from Europe to Africa and vice-versa. Furthermore, it is an area of great
scenic beauty. For all these reasons it has been declared a natural park: the Parc Natural de s'Albufera. Scientists and ornithologists from al lover the world visit this park.
The phase ends in Sa Pobla, a big village, perfectly flat and with a square-based layout, where agriculture still preserves its importance, and where every year on Sant Antoni (17 January) the celebrations around the magic of fire are held, very traditional in the whole region.
During the third phase, which takes you from Sa Pobla to Moscari, the Tramuntana mountain chain and its peaks will constantly be in front of you, in particular Puig de Massanella (1365m) - the highest one you can see - and Puig
Tomir (1104 m), which is characterised by its round shape. But you will not really climb up the mountain chain until the next day, on the fourth phase. The third phase is an approximation phase, thanks to which you will discover Campanet. This village is not very big; the majority of its houses are low and are pinned onto a long hill. Even though you might have to make a little detour (only about a kilometre),a visit to the Sant Miquel hermitage will surely be interesting. It is one of the oldest churches in Mallorca, dating from the 13th century. The phase will end in Moscari, an even smaller village which belongs to the municipality of Selva.For the final phase of this route, you will first
have to walk down a path from Moscari to Binibona, a place with small group of houses that are mostly used for tourism. From Binibona on you will penetrate the mountain chain that will lead you first to the Ses Figueroles estate,
currently public property, a good example of what a Mallorcan 'possessió' in the mountain used to be, and then to Coll de Sa Batalla, where there is a crossroads of the road and the path leading to Lluc, the final destination of the route. 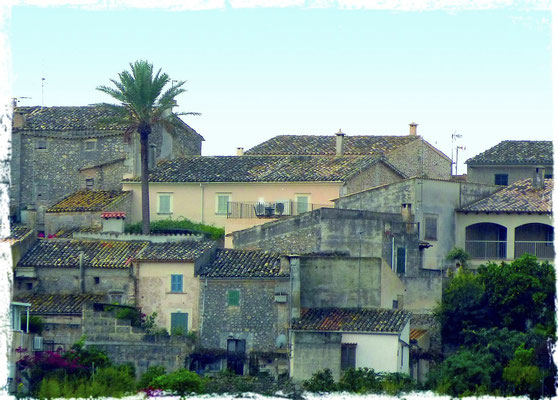 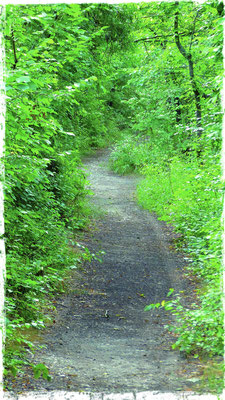 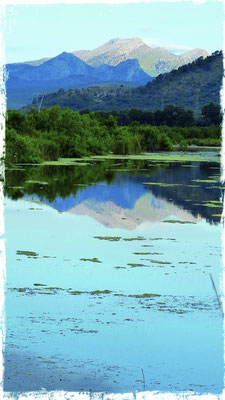 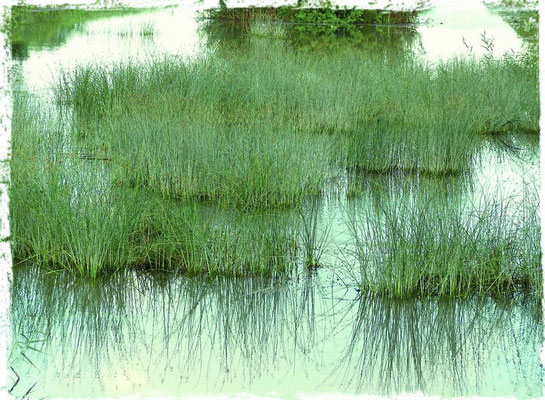