Description of the route of Andratx

Of the Seven paths that lead to Lluc, this is one of the longest and, without a doubt, the most mountainous. Probably it is the one on which will require the most effort and, therefore, you will have to be in an suitable physical condition. Now, all the sweating will be more or less compensated by the contemplation of a spectacular landscape that will give you the energy to undertake the next stage. The route goes almost completely through the Tramuntana mountain chain of Mallorca, that
has been declared a World Heritage site for its scenic value, of course, but also for its cultural value. All along the route you will discover the most
beautiful villages of the island: Estellencs, Banyalbufar, Valldemossa, Deià, Sóller and Biniaraix. Walk along the GR-221 or Drystone route (“ruta de pedra en sec”), named like this for the great number of constructions whose walls have been made with the art of arranged stones, which do not require any type of mortar to join them together. Thus, you will see: walls, houses, fountains, charcoal burning pits, low boundary walls...And stretches of dry-stone paths in their original state or which have been restored by the
Consell de Mallorca. The route starts at Sant Elm, in the small coastal town located right in front of the Dragonera island, which is now a nature reserve. During the first part of the stage you will enjoy the
spectacular views of the sea and the island in the shape of a dragon. The view that is seen from the vantage point of Cap Fabrioler is specially notable.
When you arrive at Andratx, the final stop of this stage, you will still be awed by the profile of Sa Dragonera. The second stage is long and harsh. You will go from Andratx to Estellencs, a small and beautiful village whose inhabitants had to build walls to sustain and flatten the land to be able to cultivate it. This is how the 'marjades', or terraces, appeared, which give so much personality to the village. Before arriving at Estellencs, you will have seen the
two tallest mountains of western Mallorca: the Galatzó and the Mola de l'Esclop. The third stage, also long although not as harsh as the previous one, will allow you to arrive at Banyalbufar. Their terraces, which hang over the sea, are
spectacular, with their old basins for washing clothes built so as to make the most of the water from the springs. And beforehand, you will have seen the public estate of Planícia, with its distinct houses and some lush holm oaks.
Compared to the previous ones the Banyalbufar to Esporles stage will seem like a stroll. At first, it is a bit steep going uphill but it is also quite pleasant since it runs along Camí del Correu path, which has stone stretches made with admirable skill. From Esporles to Valldemossa, the fifth stage, you will once more be in contact with the holm oaks and the different forms of forest farming: charcoal burning pits, charcoal merchant huts, bread ovens, lime kilns... And after a steep climb, when you walk through the Comuna territories, you will see, the sea on both sides of the path: close by, on the left; further away, on the right, with the bay of Palma in the background. When you arrive at Valldemossa, apart from the famous Cartoixa (Carthusian monastery), and if you want to discover the village's unique character, with its typical houses, and breathe in its peace, you will have to go away from the road, which
is very much exploited by tourism, and enter the parish church and the old part of the village.
The sixth stage ends in Deià, a small, famous village that has been the refuge of many artists and intellectuals. To get there, you will have used the Camí de l'Arxiduc path, named like this to honour the well-known man who ordered it to be built: Archduke Ludwig Salvator, an aristocrat who was related to the emperor of Austria, and who lived in Mallorca in the late 19th and early 20th century, who carried out many of the infrastructure improvements in the area. For a large part of the way, the path will run along the ridge of the mountain chain and dominates the landscape completely: the sea with the Foradada promontory, the Teix peak, the escarpments of Son Rul·lan... By the Rost and Son Castelló path - stoned paths which will stimulate the pilgrim's admiration towards the people that built them - you will arrive at Sóller, the biggest town of this route which has a very definite personality. The stage that has led you here from Deià is short. When you arrive at Sóller, tiredness will not be an excuse to not visit the town, which
has some Modernist buildings which are worthy of admiration. The important elements of the eighth stage, from Sóller to the Font del Noguer, are: Biniaraix, a small village steeped in charm, and its ravine, a stone path that runs parallel to the stream although in the opposite direction: the higher the path goes, the stronger the stream flows. If you are lucky enough to walk along this path after a couple of days of rain, you will be able to contemplate a memorable landscape, very far from the topic of Mediterranean dryness. Finally, the ninth stage will lead you from the Font del Noguer to Lluc, the spiritual centre of the island and final destination of all routes. You will walk through the highest areas of the Tramuntana mountain chain and contemplate its most relevant peaks: Puig Major, Puig de
Massanella, Massís dels Tossals, Puig Roig, Puig Tomir...You will discover some of the best examples of the dry-stone technique: the ice houses of Galileu and the Voltes path...And finally: Lluc! 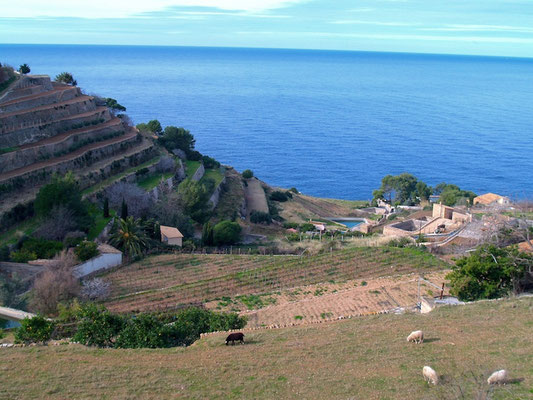 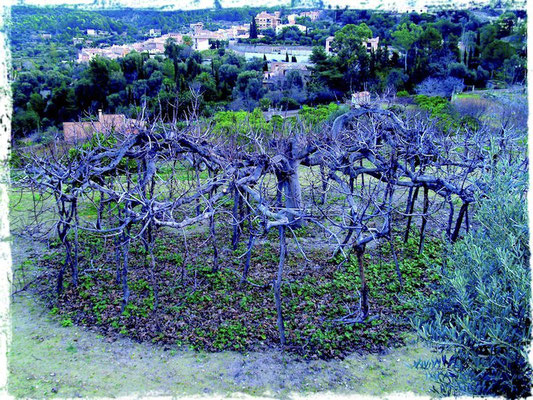 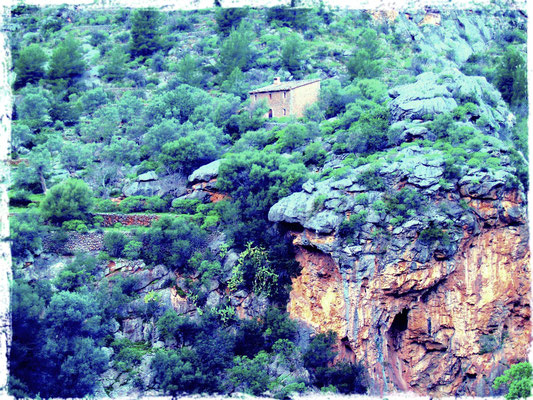